i post here so irregularly, that i was somewhat apprehensive about mentioning another foreign jaunt that we'd been on, but what the hey.

sitting in a coffee shop on laugavegur (ironically the icelandic version of the 1 in 12 club, but in true reykjavik fashion, swapping pissed and puking anarcho-punks for pretty young things with laptops) , we were next to a meeting between a british music label a&r exec and 5 young men who looked like the arctic monkeys.

suddenly i flew back 10 years, to when i was living in nottingham and living / hanging out with people who were in bands being courted by record labels- the overly friendly demeanour, the big promises, the little lies, the 'i really, really care- we have your future mapped out' comments, the absence of 'units' and 'demographics'.

i almost leant over and hissed 'don't do it- your dreams will be unfulfilled, and you'll end up either bitter and disenchanted, or playing the game to the detriment of your soul'. but, as always the thought that maybe they could 'make it' and overcome the industry bollocks to create an interesting body of work without compromising the reasons why they started silenced me. that and the fine coffee that arrived in a thermos flask.

anyway, that evening we returned to the same coffee shop because there was a free show on, and because the heroin style screamo band from norway playing down the street were a decade too late to enjoy.

deciphering the flyer we worked out that the band playing were called ekkium. they had pretty female vocals and a violin, thus fitting all your icelandic band stereotypes. i guess they are part of what are known locally as 'krútt kids' (thanks http://www.grapevine.is), but for that moment, leaning on the bar, next to an array of organic cookies i could have cried. however, i thought i'd better save the tears for the wedding i was due to attend a fortnight later.

music being made for what appeared was the right reasons. without cynicism and for the simple pleasure of doing it. no sign of 'the next sigur ros' and their potential boss either. they finished, and we left to encounter the drunken chaos of friday night reykjavik, played to a soundtrack of (albeit fleetingly) classic studio one productions. 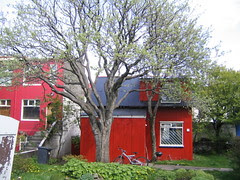 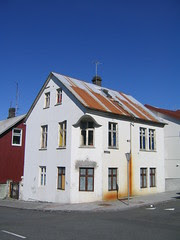 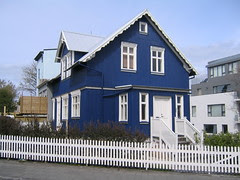 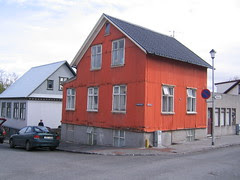 i've got a roots mix nearly completed, which should be up in a couple of days- perfect summer business.

then i'm going to start going through this large box of records and putting up label scans / mp3s of the results.

good and bad will be included (i've discovered some LMS 7"s which are woeful ).

i'm also going to aim to post more regularly, apart from the first two weeks in august because i'm out of the country.

fortnightly podcasts from many a fine blogger. and me.

still not adding comments though.